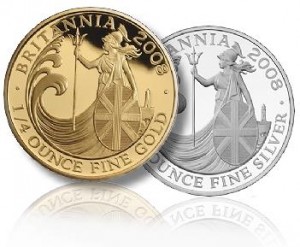 Where to invest your money can sometimes be a very complex decision.  People often throw out the names of certain stocks or give you tips on what will be the hot new industry to take the market by storm. However, while investing in stocks has its advantages, investing in precious metals has historically been one of the safest investments. The two big metals to invest in are generally gold and silver, but when debating gold versus silver as an investment, it becomes harder to discern which is the wiser one to invest in.

Each metal has its own unique advantages and disadvantages. Gold is very expensive, while silver is significantly cheaper. As of the time of this writing, the price of one ounce of gold was around $1,500 USD (910 GBP) while silver was around $38 USD (23 GBP). This makes silver a significantly less expensive investment and one that you can readily get into. Buying gold coins can be a fortune for example, with coins costing well into the hundreds of dollars many times. But you can get a significant quantity of silver coins for a similar investment.

Because of the high cost of gold, it can tend to be somewhat more volatile. Silver tends to always be relatively low cost to own, but gold is expensive. As such, its price is often linked to the relative wealth of the population and the expectation of the currency’s future worth. For example, due to fears of hyperinflation in the United States, gold prices have skyrocketed worldwide. However, conversely, if there were to ever be a strong economic crash, gold prices would plummet equally hard due to the lack of funds to buy gold coins and so on. As silver is a smaller cost, the coins would retain more of their value due to their relatively lower cost and the fact that silver is a more “useful” metal. One could easily melt silver and make a spoon for example, but gold in its pure form is too malleable to be made into anything solid.

To this extent, silver has many, many industrial uses whereas gold is typically limited more to jewelry. Silver is used in electronics, water purification, batteries, cutlery, and so on. The number of potential commercial uses for silver is very high and this would allow it to better retain its value during a crash. That’s certainly not to say that gold is worthless – if it was, then the United States wouldn’t have invested so heavily in gold reserves. Rather, silver has a lot of tangible, practical benefits that may make it much easier to sell if there was ever to be a significant economic meltdown. This is something to consider when building your investment portfolio.

All in all, in the gold versus silver debate, there isn’t necessarily a clear winner. Gold has long been the investment of choice for virtually everyone in the market, but that doesn’t necessarily make it the best choice either. Silver has its advantages as well and sometimes, even though gold is generally preferred, one has to stop and wonder if that’s necessarily logical. The best advice is probably borrowed from the adage “don’t put all your eggs in one basket”. Diversify your portfolio and include both. Don’t just invest in gold or silver but ensure that you have money in both.